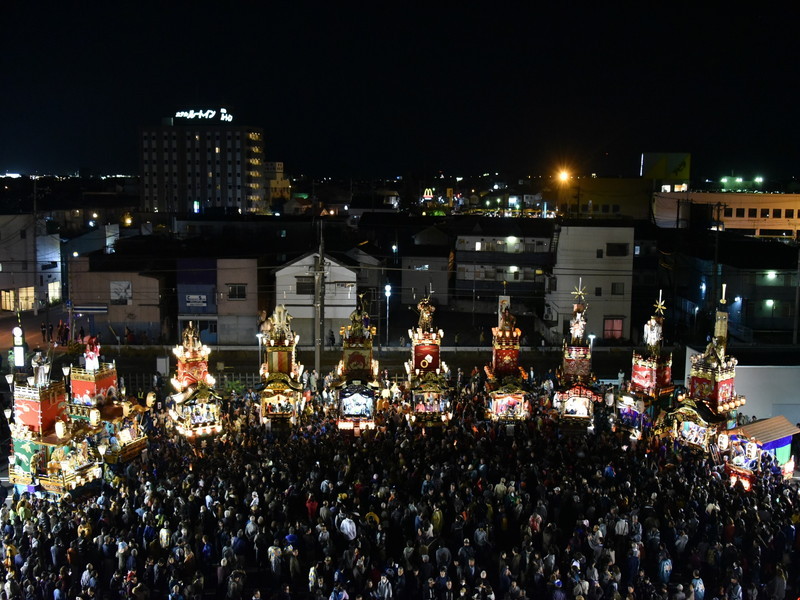 The grand festival of Kanasana Shrine, also known as Honjō’s “Village Shrine Festival”. Festival floats are decorated with sculptures designed with gold leaves, urushi lacquer colors with elaborate metal carvings, and a drop curtain with patterns of splendor. The unique atmosphere of the festival is brought together through the tones of the graceful festival music played by musicians together with local children.

As of now, there are 10 floats built between 1872 and 1924, with 8 of them designated as a cultural property by the prefecture. The splendid floats that roam through Nakasendō carrying dolls such as those of Momotarō, Empress Jingū, Takeru Yamato, Kiyomasa Katō portray the picture scroll of the time. The carvings and embroideries of each float is wonderfully carried out, making it one of the finest articles, and is famous for being the greatest float in the Northern region of Kanto.