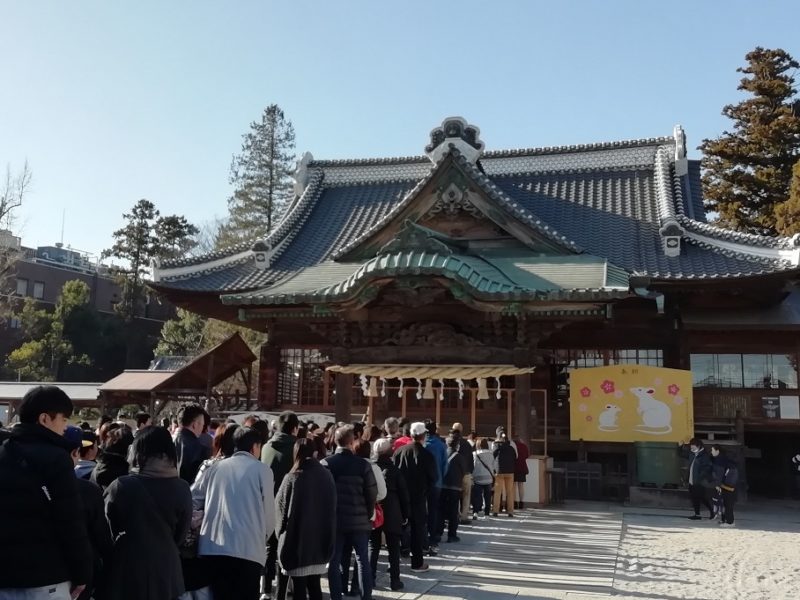 In 712, it is said that during the Heian period, Minamoto-no-Yorinobu, who was heading towards the suppression of Taira-no-Tadatsune, saw a dream in which he received an arrow and bow from a God riding on a white fox. Thanks to this, he was able to gain his victory in the battle, which led him to contribute to the establishment of this shrine.

This prefectural cultural property is constructed as an incarnation of Buddha and the inside and outside of the main building of the shrine is crafted through the use of advanced techniques.

Praying here is known to bring abundant harvests, prosperity in business, art proficiency, and good luck in challenges. Because it can be read as “Yakyū”, many of those involved in baseball visit to pray. The best time to see the flowers of the peony park is around mid-April as it blooms with the wisteria and azalea.