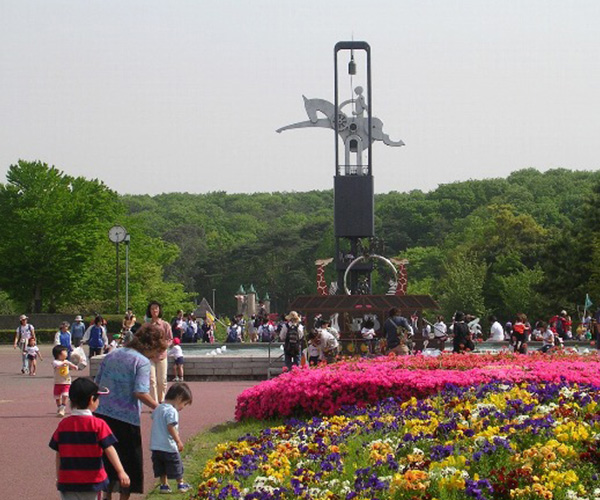 At the vast site that spreads 46 hectares towards Hiki Hills, popular animals such as the giraffes, red pandas, koalas, as well as the ecological park of Humboldt penguins known as the “Penguin Hills” can be enjoyed.
Adjacent to the park, there is a path to take strolls and a path for those interesting in cross country.

This is the only zoo in Japan in which Eco Houchoo’s Gundi, Hyrax, and the world’s smallest deer, Pudu, and the Quokka, which joined to commemorate the park’s 40th anniversary, can be seen. Winter’s seasonal tradition: “Capybara Hot Spring” is very popular as well.

Regular holiday
Every Monday (open in case of a holiday) ※Mondays and Tuesdays of January may be closed from time to time, so please contact us in advance.

Public transport
Take the bus headed for Hatoyama New Town from Tobu Tojō Line’s Takasaki Station (about a 5 minute ride), and get off at “Kodomo Dōbutsu Shizen Kōen” but stop.

Car
・Head to the direction of Higashi Matsuyama from "Tsurugashima" Interchange of Kan-Etsu Expressway. Take a left on the intersection "Takasaka 4 Chome" of the national route 407 and head straight for 2 kilometers. ・Head in the direction of Kawagoe・Kawajima from "Higashi Matsuyama" Interchange of Kan-Etsu Expressway. Take a right prior to the interchange, then take a right on the T junction of the Yoneyama Oohashi North Intersection, and take another right at the next signal, and head straight for 0.8 kilometers