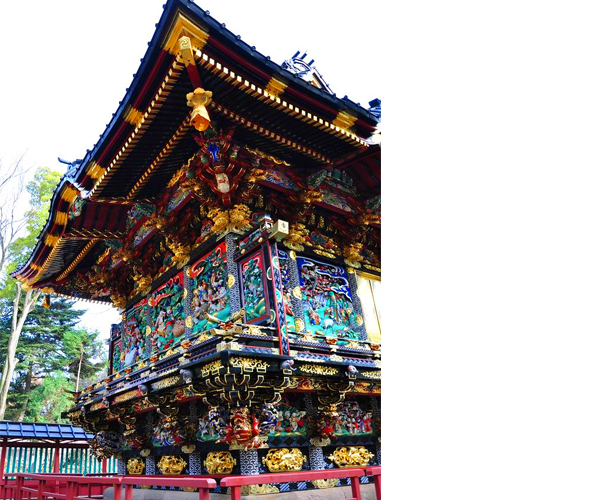 Menuma Shōdenzan is known to be one of Japan’s three Shōten and is said to bring success, health to the family, fortune, and scholarly achievements, and many other benefits such as matrimony.
In 2012, the main shrine of Menuma Shōdenzan “Kangiin Shōtendou” was designated as a national treasure thanks to its highly skilled carvings, modern decorative architecture, and because it was built from donations by the public. Throughout the year, events such as the annual grand festival and Setsubun festivals take place during the spring and autumn.

Public transport
Take the Asahi bus headed for “Ōta Station”, “Nishi-Koizumi Station”, and “Menumashodenzen” from the Kumagaya Station North Exit of JR Takasaki Line and get off at “Shotenmae”.

Car
About 40 minutes from Hanazono Interchange of Kan-Etsu Expressway

Parking
Up to 3 cars. There are 10 spaces available for free at Menuma Kankō city-owned parking lot located 10 minutes away on foot.

Remarks
Entry of guide dogs is possible, however, please contact the secretariat beforehand.