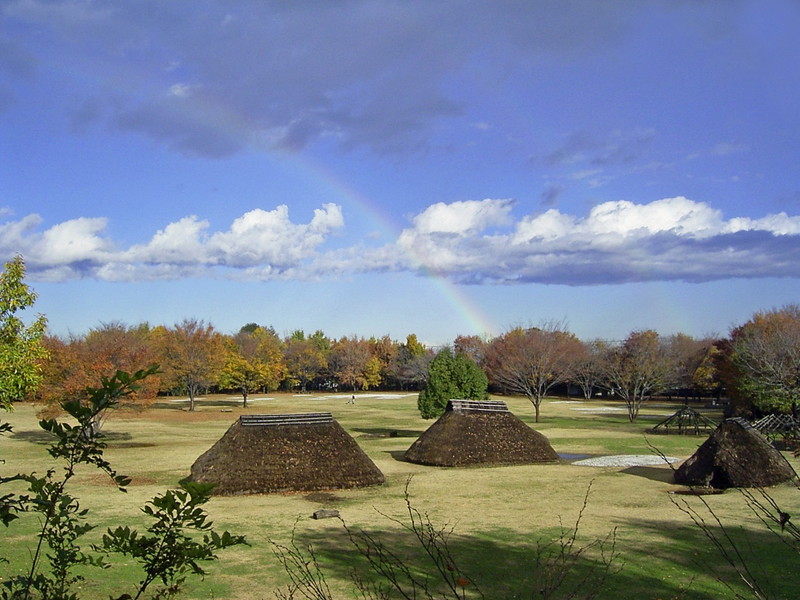 Mizukokaizuka Park is a park with a site area of roughly 40,000 square meters. It is maintained to preserve a midden (shell mound) which is designated as both, a historically significant place and a midden that represents the first half of the Jomon period (approximately 5500 to 6500 years ago). The site area illustrates the size of the village and the 5 pit-houses have been restored. With a path (spanning 582 meters) going around it, the forest from the Jomon era is restored on the outside. At the exhibition hall on Mizukokaizuka, dwelling sites from the time of excavation are replicated and reproduced in order to articulate the midden of the time along with how individuals lived at the time. In addition, there is an archive adjoining the park where archaeological and historical resources unearthed from the city’s ruins are exhibited, with stone tools from the Paleolithic era roughly 30,000 years ago, Jomon pottery (also known as “Musasabi-gata-doki” ) unearthed from the ruins of Hazawa that is designated as a cultural property by the prefecture, along with an iron sword and a glass bead from the beginning of the Kofun period, with numerous data utilized to explain the primitive and ancient times of Fujimi City.