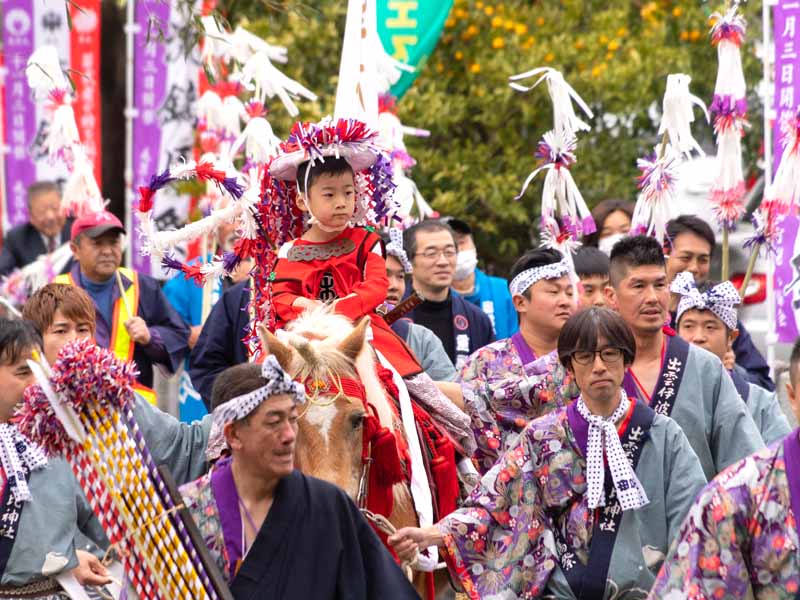 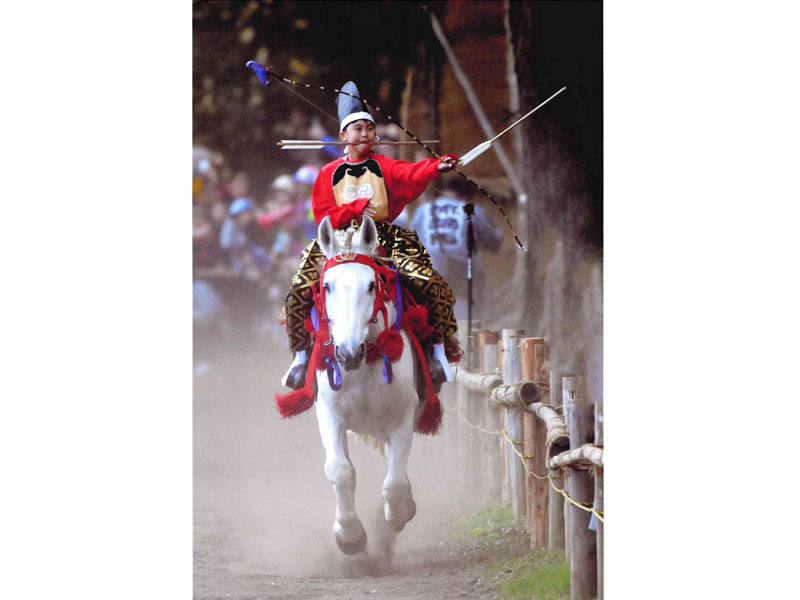 Izumo Iwai Shrine is the oldest shrine in the prefecture and the stage for a powerful display of horseback archery. It is designated as a national important cultural property along with the two attached building signs. According to folklore, Minamoto no Yoshiie visited the area to express his gratitude for winning an important battle in the year 1063. He also built the Hachiman shrine and prayed by performing horseback archery, which led to the present tradition. To this day, every spring and autumn, young people perform beautiful displays of archery from the back of running horses at Izumo Iwai Shrine.