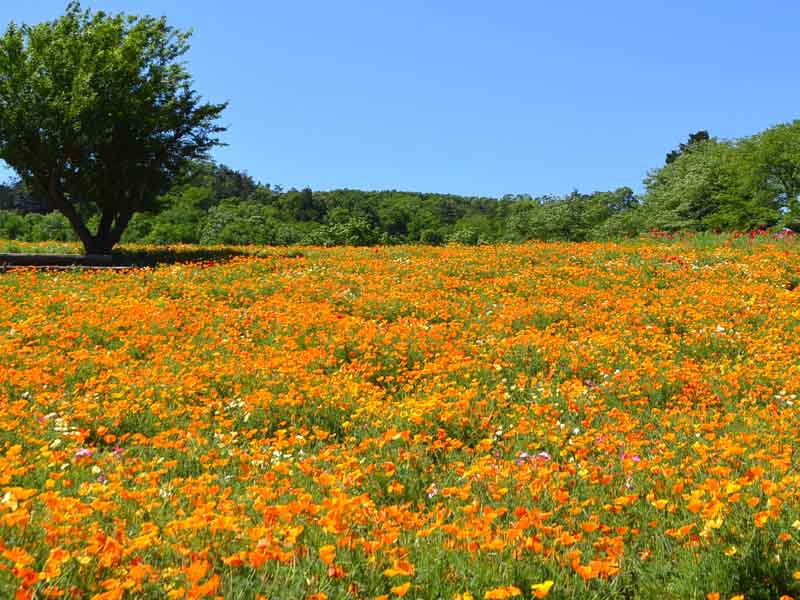 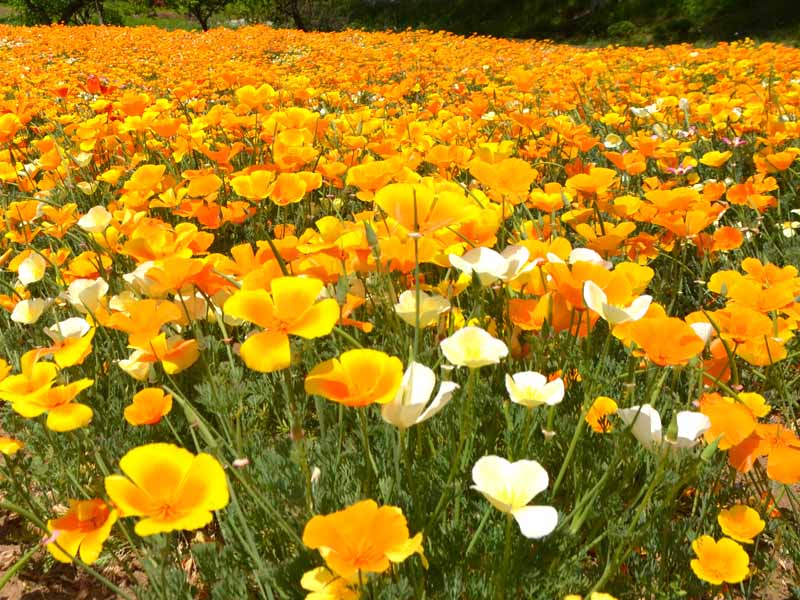 The garden is located on a vast site of about 10000 square meters in the back of the Nagatoro Town Folk Museum.
The Japanese naming of the golden poppy "Hanabishisou" comes from its shape, which is said to resemble a rhomb ("hishi" in Japanese). In early summer, golden poppies, also known as California poppies, bloom all over the hill. From May to June, the contrast between the deep blue of the sky and the vivid orange color of the poppy is completely mesmerizing.

Public transport
About 7 minutes on foot from Nagatoro Station