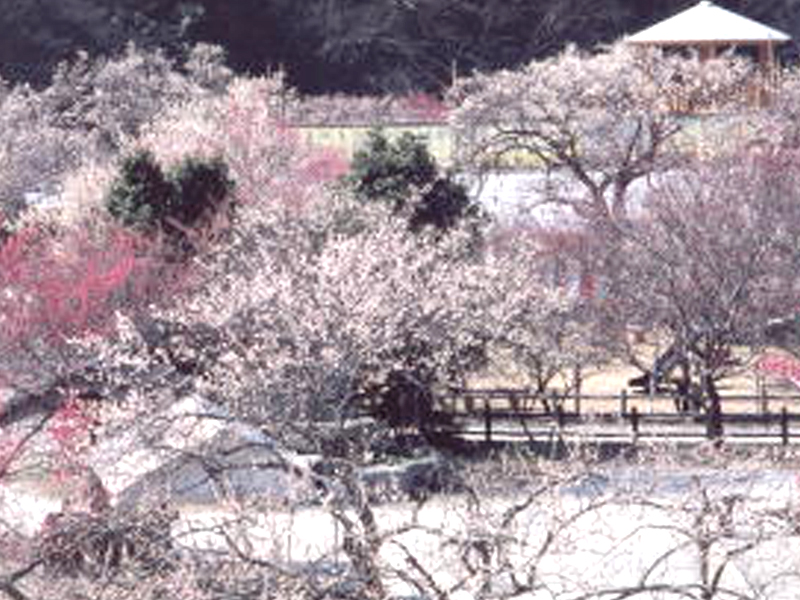 The plums of Ogose are said to originate from the Dazaifu Tenmangu shrine in Fukuoka before they were moved and replanted at their current location in the Umezono shrine. Ogose Bairin is known as one of Kanto's three great plum groves. The park covers an area of about 2 hectares and is home to about 1,000 plum trees such as Shirakaga, Ko-ume, and Koseno-ume. Furthermore, the unusually old plum tree called Kaiyuki, estimated to be 650 years old, can be seen here. Including the surrounding area, about 20,000 plum trees are in full bloom during peak season.