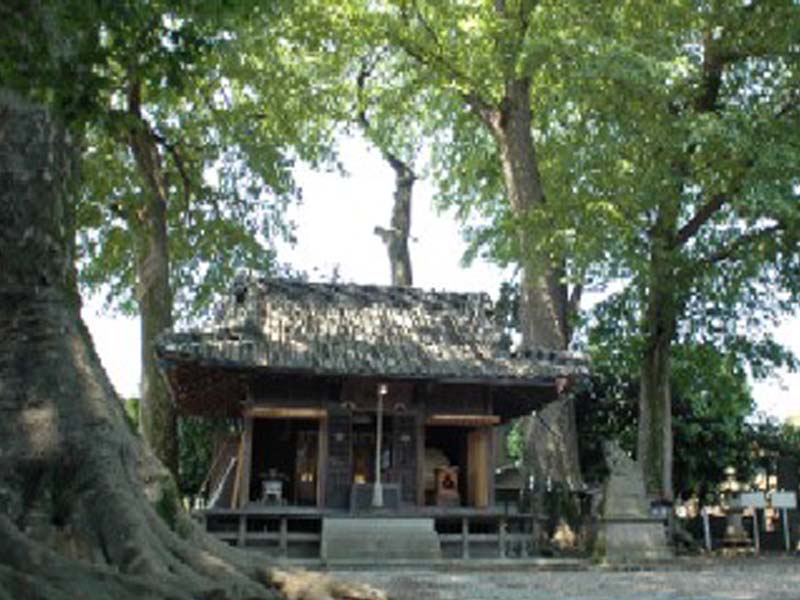 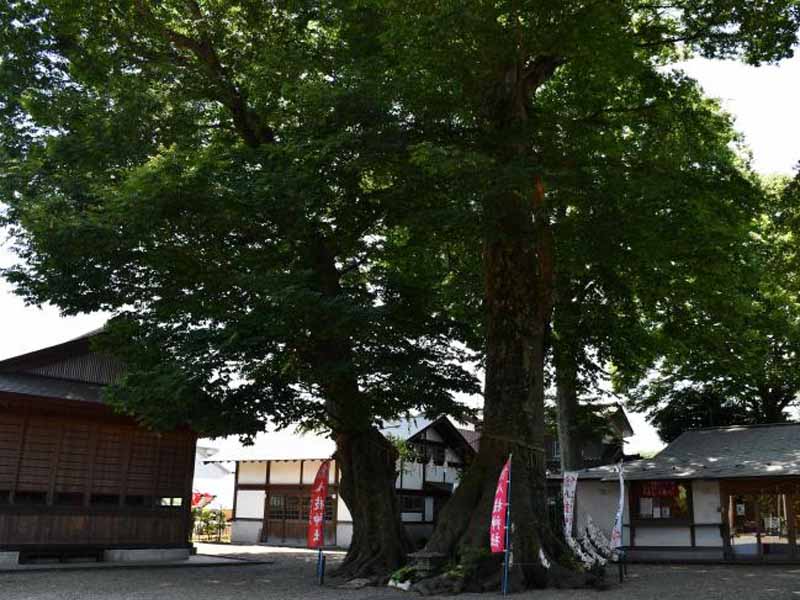 With Susanoo, the god of storm, inshrined here, the shrine is known to protect against evil and plague. Inside is a lion mask, popular among locals and often called the "Hirakata lion". Every year in July, there is a mysterious festival called "Doroinkyo". This festival is designated as an intangible folk cultural asset by Saitama prefecture. The giant zelkova and enoki mushrooms in the precincts are designated as natural monuments by Ageo City.