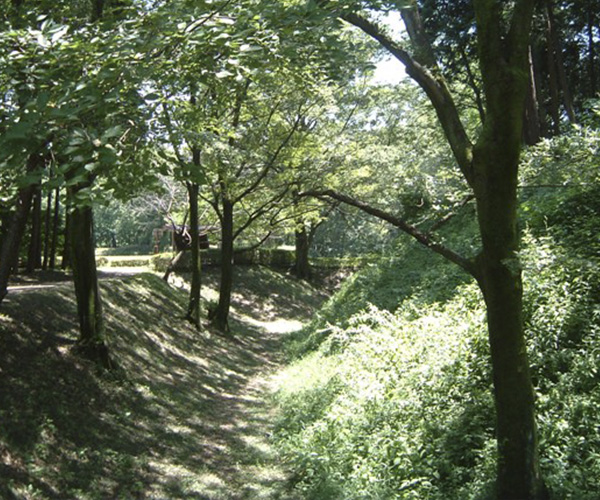 The historic site "Sugaya Yakata Castle" (a national historic castle site) overlooking the Toki River to the south is said to be the place where Hatakeyama Shigetada built his mansion in the early Kamakura period. Inside Sugaya-kan, there is a museum dedicated to the historic remains of Ranzan Town. Furthermore, the area is also known for its Yamayuri (Mountain Lilies), which grow wild and are at their best around July every year. In addition, plum and cherry trees are also planted here.

Together with Sugaya-kan, Ranzan town is home to Sugiyama Castle, and both of them were appointed as being among the "Continued 100 Fine Castles of Japan" on April 6, 2017.

Public transport
Get off at "Musashi-Ranzan Station" on the Tobu-Tojo Line and walk for about 15 minutes.